Is Music Permissible in Islam? 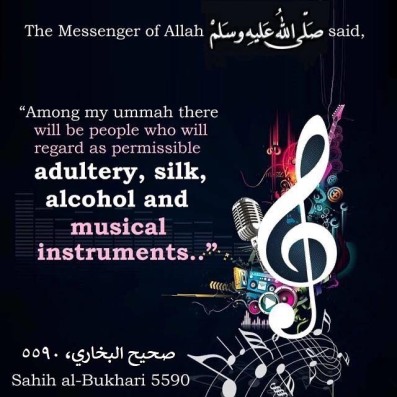 If you are curious about whether music is permissible in Islam, you’ve come to the right place. This article will discuss music, instruments, and songs that are acceptable to Muslims. You can use this information to make a more informed decision when it comes to the subject. We’ll also touch upon the issue of prayer.

Music is allowed in Islamic worship, but it should not be too loud or hard. It should promote contemplation and should not contain parts that incite violence or sexual feelings. Listening to soft music is allowed during worship, and if the listener can’t refrain from music altogether, it’s perfectly acceptable to listen to a little music on occasion.

Singing is allowed in Islam, but there are several guidelines to follow to ensure it is acceptable. It must be done without violating Islamic morals and the content of the song should be devoid of anything that is prohibited. It should also not be accompanied by suggestive movements. Music should be aimed at increasing faith, not at entertaining.

Scholars disagree on the issue of whether singing is haraam or not. Many scholars argue that the prohibition of music is ambiguous and weak. The Qur’an itself does not prohibit music with lawful lyrics, and other types of music that do not contain impermissible content are not prohibited.

The most stringent madhhab on the issue is the ‘Abu Hanifah’ school. Its companions argued that listening to musical instruments is haram because it implies disbelief and rebellion. However, these scholars used a hadith that was not narrated by the Prophet himself.

Islamic scholars differ on the issue of whether singing and other music is permissible or haraam. The majority of scholars believe that music and singing are haraam, while others disagree. Some scholars say that singing is haraam only in places where alcohol is drunk, and where people spend the night talking about things that are harmful to Islam. Some other scholars hold that singing is permissible in places where Allah is worshipped, such as in the home.

Islam is a religious faith that values artists, writers, and poets. As such, it is permissible to write, publish, and sell poetry that deals with matters that are acceptable in Islam. However, poetry that attacks decency, morals, or the Shariah is forbidden.

The recitation of poetry is considered permissible in Islam. Poetry is highly valued in Islam and reciting it is considered a sign of worship and a means to exalt the sanctity of Allah. It is also considered an excellent way to attract people’s attention and inspire them to follow you.

The Quran permits the recitation of poetry. Specifically, poetry that is narrated by a Muslim is permitted. There are several examples of poems that are permissible in Islam. The first example is the poem Sharh al-Hudhaliyyin, which is a compilation of poems written in Arabic. It is also permissible to recite the poem of Abu Sa’id Al-Sukkari.

Singing in praise of the Sinless Imams

The Qur’an mentions David and angels singing in the name of God. However, the Qur’an does not mention congregational singing. The Bible, however, mentions singing of sacred songs. Unlike other religions, Islam does not forbid singing in the mosque, but it does prohibits singing with instruments.